Malaysia put Hong Kong to the sword to go two-up 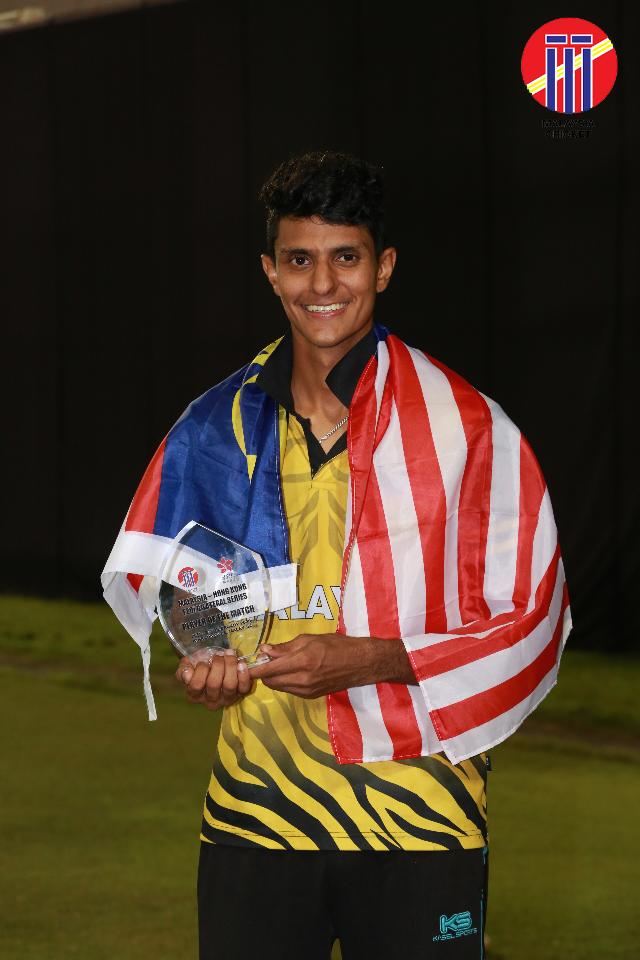 Hong Kong were undone by spin as Malaysia's 35-run win in the second Twenty20 International match gave the hosts a 2-0 series lead at the Kinrara Oval on Friday.

Brothers Pavandeep Singh and Virandeep Singh each played key roles in the victory for Malaysia, who successfully defended a total of 138-6 by restricting Hong Kong to 103-8 in a match played under lights for a second straight night.

Spinners Pavandeep and Fitri Sham each claimed three wickets to derail Hong Kong's chase after Virandeep paved the way with a series-high 46 runs aside from making a catch and a stumping as wicketkeeper.

Virandeep now has his eye on a series sweep as 39th-ranked Malaysia celebrated a second win over World No 20 Hong Kong following Thursday's 21-run win.

"It's been great because nobody expected us to beat Hong Kong who are ranked higher than us," said man-of-the-match Virandeep, who just fell short of his second T20I fifty.

"The team has really stuck together and whenever we needed a performance, everyone contributed and it has been a superb team performance so far. We are looking forward to sweeping the series 5-0, we are not aiming for 3-2 or 4-1."

A delayed start due to rain reduced the contest to 19 overs a side as Malaysia lost Bhushan Save for nine, bowled by Aizaz Khan and unable to capitalise on a bright start which saw him hit two boundaries in the first over.

Captain Ahmad Faiz Mohammad Noor and Virandeep then built a 49-run stand until miscommunication saw the skipper run out for a 17-ball 21, having hit four boundaries.

Aftab Hussain struck twice in the same over to have Virandeep caught at long-on after stroking five boundaries and two sixes from 40 deliveries before Syed Aziz Syed Mubarak (21) was stumped three balls later to leave Malaysia at 101-4.

After Aminuddin Ramly beat a hasty exit, Sharvin Muniandy made an instant impact with a six and a four from the first two balls he faced on the way to finishing unbeaten on 16.

Pavandeep rocked Hong Kong with the first ball of the visitors' innings as Nizakat Khan fell for a golden duck before Kinchit Shah was caught by wicketkeeper Virandeep three balls later.

From 3-2, Hong Kong slumped to 13-4 when Syazrul Ezat Idrus struck twice in three balls to account for Scott McKechnie and Shahid Wasif.

The rout continued with Fitri bowling Hamed Khan (10) and Pavandeep returning to have Haroon Arshad (9) stumped as Hong Kong struggled to 28-6.

Waqas Barkat and Aizaz added 52 runs for the seventh wicket but the effort came too late to salvage the match as Fitri removed Barkat for 35 before bowling Nasrulla Rana three balls later for figures of 3-22, his best in 17 T20I matches.

"Motivation among the players is high after beating Hong Kong in the first match and we don't want to give Hong Kong the chance to mount a comeback," said Faiz. "Virandeep batted well and the all the bowlers did splendidly well as well as the fielders.

"We hope to the keep up this form till the end of the series. We have the best bowlers in the country in this team and somebody will always step up."

The third match of the series takes place at Kinrara on Sunday (Feb 23) at 7.30pm.

You can also enter comments by CricClubs Login